The recent revelations by the dozens of women about having been drugged and sexually assaulted at the hands of the so-called ‘iconic family man’, Bill Cosby, brings to mind the plight of the thousands of children around the world who have been sexually assaulted by Roman Catholic priests. Because of my own experience at the hands of a middle-aged priest when I was a child, this ongoing saga of sexual exploitation of women rings especially loud and clear.

For the now dozens of women who have accused Mr. Cosby of these abhorrent acts, there has since been no peace in their lives. They all relate how they had lived with the pain of their experience, due to the way they had been lured into the sole company of the perpetrator then drugged into unconsciousness, so that he could have his way with them. However, they were either afraid to tell anyone because they were afraid no one would believe them or, as many of them have stated, even their friends, family or bosses never believed them when they did speak up because their stories seemed so incredible.  We should all be outraged at the behavior of this sexual predator and collectively defrock Mr. Cosby of his celebrity status as these women seek legal recourse after the Statute of Limitation has passed for a criminal proceeding.

When I listen to all of these women’s stories about being drugged and raped by a prominent celebrity, their intense emotions of anger and betrayal bring back the terror of my own experience when I was only 10 years old. I had been ‘drugged’ into the belief system of the RC church and then lured into a situation where I was alone with a 40ish revered man. I was raped by an angry priest for making prank phone calls in the church basement while I was teaching catechism (tenets of the faith) to younger children who were attending the village public school.

Just as most of those women had had aspirations of furthering their acting careers in trusting Mr. Cosby, innocent young children like me have been placed in the hands of sexual perverts in the hopes of gaining spiritual favor through the RC church. We thought it was a privilege to be asked by such prominent people in our lives to spend time with them. We were sadly mistaken. 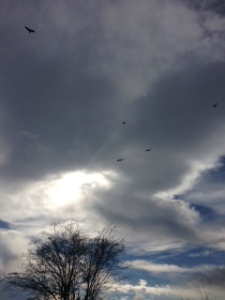 Even though it’s difficult to listen those adult victims talk about their nightmarish lives after their sexual assaults, children have much more difficulty dealing with the aftermath of such a breach of trust. From my own experience, I know how difficult it has been to overcome the enormous emotional pain and suffering. I understand their helplessness in not being believed, yet I had been threatened with the destruction of my entire family if I dared tell anyone what the priest had done to me. That was a massive responsibility, so I kept the event a secret until I couldn’t handle it anymore.

Thanks to the actions of the judge that unsealed Mr. Cosby’s 2005 deposition, I sincerely hope that the information now coming forward will vindicate these women and lead to some much needed healing, as their stories become believable in the court of public opinion. Rather than simply dismiss their stories, we all need to listen to women and children when they claim they’ve been sexually abused, because the vast majority of us don’t make up such sorrowful stories on a whim or to gain attention. 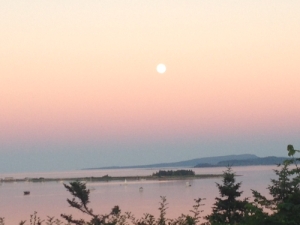 Like these women I was a strong enough person to persevere through a hellish 20 years after the rape, but I was also a very spiritual person who had seen through the façade of religion and kept searching for an approach to spirituality that wasn’t tied to any organization or institution. It was only when I met my mentor that I was able to once again connect with my spiritual self and regain my dignity.

If you’re an abuse survivor, and the Statute of Limitation in your location has already passed, in order to start healing at all levels, you can:

Sexual abuse offends us at the highest level of our being and can potentially fracture our spiritual connection irreparably. Apart from the mental, emotional and social healing process, there is still a lot of spiritual work to do to emerge from the nightmare.

* the pure white ‘Light’, a universal source that is comprised of essentially pure positive energy

I welcome and value your input ~ Please feel free to comment!

I work across distance to extend my higher-level knowledge to you, wherever you are in the world! Learn how great life is when you work with a positively oriented spirit!