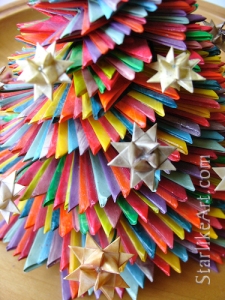 In the spiritual world a spirit’s name is a compilation of the entire history of its existence in a distinct vibrational signature.  Unlike the name that is associated with a physical being, a spiritual vibration exists at the quantum level, where spirits can be connected to each other across time and space.

Throughout human history man has handed down family names from generation to generation to essentially describe a person’s ancestry.  From ancient tribes to entire modern populations, surnames tell a lot about a person’s genetic, cultural and family heritage.  During the course of my many years of working alongside Leo Jean, we have been able to decipher the patterns of vibrations that distinguish different types of spirits.  The two major types are simply positive spirits and negative spirits, but from there the distinction grows much more complicated.

As negatively oriented spirits created physical forms there was a tendency to create ever more negative manifestations.  Not unlike scary monsters that children report seeing, these incarnate beings exist in the higher dimensional realms.  While their intention is not always evident at the physical level, they are very methodical in their approach at higher levels.

Since I adhere to the positive principle of respecting free will, I never read a person without first asking their permission.  Leo has taught me to be careful about making higher level connections, so I’m careful not to entangle myself with someone unnecessarily.  When we do quick readings to determine the possibility of working with someone, we must be prepared to properly refuse the influx of negative spirits that are drawn to interfere with our efforts.

A recent reading shows how powerful a signature vibration can be.  The lady who requested an initial reading had contracted a rare genetic disease but had no predisposition to it.  All I had to do was to put my hand on her signature and ask her to think about the origin of her problem.  I could ‘see’ an event that occurred when she was 14 years old during which a classmate went into convulsions in school.  Although she had been perfectly healthy, she was emotionally terrified by what had happened, and two years later she was diagnosed with the same rare condition.  What I saw was that the same types of spirits that had caused the illness in her friend had instigated the same disease in her.  The woman was shocked because she could barely remember the event and had never associated it with her own illness.  Unfortunately, our planet is loaded with malicious spirits whose only intention is to interfere and cause suffering. 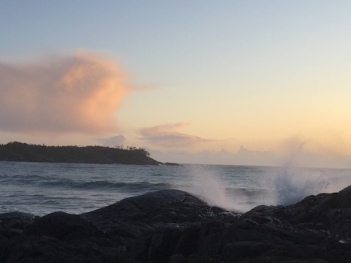 interference that is present.  Those of us who work with a Light*-committed positive spirit transmit a signal that surpasses all negative vibrations and allows us to oppose negative interactions.    Very often Leo and I are ‘attacked’ when we begin to work with someone, especially in the early stages when our clients haven’t learned to let go of negative tendencies.  Any tampering with a spiritual vibration announces to protective spirits (in a negative sense) that the person is attempting to break negative commitments.  We’ve learned to identify all the vibrations that approach to interfere with us during a reading or healing so that we can effectively help to alleviate/reverse/heal the harmful conditions that we discover in our clients.

A spirit’s vibration resonates information about its history, affiliations and commitments throughout the spiritual realm.  As someone disentangles from their negative spiritual connections, they are able to absorb more and more positive energy and knowledge of the Light.

Related posts:
Spiritual Universe
Why I Work With My Spirit
How We Heal Across Distance