Some people are sensitive to what’s happening in the spiritual and inter-dimensional realms, but their experiences can be overwhelming. In my work I help people to understand why they’re spiritually sensitive, to learn how to gain control over their sensitivity and to remove the uncertainty of how to deal with future spiritual interference.

Since we’re all spiritual beings, we all start out as spiritually savvy babies, yet most of us are conditioned to abandon our higher-level knowledge as we grow older. However, some people continue to experience spiritual and inter-dimensional events throughout their lives, while others might experience an event that triggers hypersensitivity.   While higher level occurrences are not fully understood by science, our bodies can be physiologically sensitive to what’s happening in higher dimensions.

In one of my earlier posts I explained:

There are certain ways to be perceptive or sensitive to the spiritual world that include seeing, hearing and knowing spiritual information. When a person’s ‘third eye’ or ‘inner eye’ is open, they can often ‘see’ the faces of spiritual beings or entire bodies that cannot be observed in the normal range of vision. When a person ‘hears’ voices, they are listening to information emitted at a higher-level frequency that is almost always negatively oriented. When a person ‘knows’ there is spiritual activity or interference, this information comes in the form of intuition or uncanny insight that can be quite sophisticated. Whatever form it comes in, sensitivity can be helpful or harmful, depending on the knowledge base of the individual.

In popular culture many think that it would be to their advantage to be spiritually sensitive, because a lot of young people are fascinated by the fantasy that having some sort of supernatural power would be fun. However, their curiosity and fascination with spiritual fiction subjects them to so much negativity that all they’re left with is the lingering negativity of haunted places, vampires and the undead. Pretty perfectly negative…and some of that negativity can actually linger and attract higher-level negativity in the form of spirits.

When someone’s heightened awareness of the quantum state of the world around them becomes overwhelming, I can help them convert negative spiritual sensitivity into a positive tool. My first task is to remove all the negatively oriented spirits/energy from their body, then help them to make a commitment to close to future intrusion. When an individual is fully in control of their spiritual self, they will be able to work properly with the positive energy of the Light* and achieve a sense of harmony at all levels of their being.

Those who have been spiritually tormented over a period of time either become accustomed to it as a normal occurrence they have to endure, or they become more anxious and fearful of future events that might happen to them. Often a person’s original spirit is negatively oriented and won’t work with the Light, or it has been weakened to a point that it is incapable of helping them or it has already left. My approach to alleviate anxiety is to bring a positively oriented spirit that is well-suited to work with an individual and teach them how to work with it.

Whenever I work with children, there is an instantaneous identification with the effectiveness of working with their positively oriented spirit. For adults the process is usually slower, as they adapt to the process of refusing negativity and replenishing their body with positive energy. Everyone feels the difference when they start working in positive mode!

Here are some real examples of how some of my clients came to realize their ability to overcome negative spiritual sensitivity and turn it into a positive tool for their advantage:

While everyone has the innate ability to counteract the negativity associated with the quantum/spiritual/inter-dimensional worlds, it’s important to note that everyone also has the potential to be spiritually sensitive. This state of being is not always a joyride, because almost all the spirits and inter-dimensional beings around our planet are negatively oriented.

Spiritual sensitivity is beneficial only when a person has a positive spiritual connection along with the knowledge of how to deal with spiritual and inter-dimensional negativity.

Find out how to start working with your spirit by visiting my website – OnlyPositiveKnowledge.com

I welcome and value your input ~ Please feel free to comment!

Progress With Your Spirit
Spiritual Sensitivity
We’re All Spiritual Beings 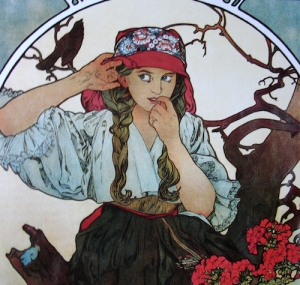 Especially shocking today is the number of psychotic gunmen who claim to have heard messages coming from an external source before they went on a killing spree.  When people hear voices and want them to stop, they feel there’s really no one they can tell that will understand their plight, but there is an effective spiritual remedy.

What should we think when a seemingly ‘normal’ man or woman starts hearing voices?  They’re crazy, right?  They should be heavily medicated and/or placed in a mental institution, because ‘normal’ people don’t hear voices.  Wrong.

Over my many years of performing spiritual healing, I’ve dealt with many ‘normal’ people who one day start hearing voices, because they opened their minds to a negatively-oriented spirit and have no idea how to close it again.

Of course, there’s always a trigger that initiates their clairaudience, and it always comes from a negative source.  Since I believe in the absolute positive principle of free will, I know that almost everyone who opens to receive messages from an external source has been tricked, manipulated or coerced into listening to what the ‘voice’ says.

In reality every spirit is a sentient being and some are stronger than others, with the knowledge of how to transmit to a willing receiver.  I say ‘willing’ because, if a person has recently suffered from the effects of trauma or has recently dealt with a spiritual practitioner who has opened their spiritual apertures, the individual can be jammed open to freely receive messages directly into their mind from an external source.

When I deal with a person who is receiving messages from an incarnate or otherworldly being, they first have to recognize that it is not a benevolent messenger.  Many spiritual practitioners make the mistake of summoning spirits to channel messages and open up to them out of naivety.

Even though the being behind the voice identifies themselves as a deceased relative, the spirit of a famous person, an alien, a dog, God or the devil, the individual needs to know how to stop it before it overwhelms them with a cacophony of unwanted communications.  Such communication can be loud and threatening, and the messages can bring harm either to the individual, to others or both.

It’s important to note that, once a person starts listening, they’re accepting the being and what it’s communicating.  If the individual resists and refuses the message from the very beginning, then they have a chance to shut it out more easily.  If they’ve been listening for awhile, it means that they’ve accepted the being behind the voice and most likely allowed it to jam their spiritual aperture open.

Once a spiritual opening is jammed, it needs specialized spiritual healing to close it, and to give its control back to the individual.  Very often, a negatively oriented spirit will have entered through the opened aperture and can cause more difficulty.  When that happens, the person is pretty much at the mercy of the ‘voice’ and it then becomes impossible for them to shut off the transmission.  Why else would so many seemingly nice people do such horrible things to others without motive or provocation?

The traditional method of dealing with the problem of ‘voices’ is to medicate the individual in an effort to extinguish the person’s receptiveness.  But what does that do to the rest of the brain?  And does it actually stop the voices?  Does it in any way extinguish the effect the negatively oriented being has on the individual once it has gained access?

I’m so pleased to have helped people defeat those ‘voices’ and return to generating their own positive thoughts with the help of their own spirit and higher self.  I’m always here to help anyone who’s ready and willing to shut off an incessant ‘voice’ that causes so much torment.

Find out more about my work at OnlyPositiveKnowledge.com