Isn’t it great that there’s such a thing as Prevent Child Abuse Awareness Month?  As more adults become aware that children are forced to hide, cover up and keep secret their abuse, hopefully many more children will be able to trust and be given the help they need to end their suffering.

As a survivor of childhood abuse myself, I became so much more aware of its pervasiveness through my spiritual/natural/quantum healing work.  While shocking and sad at the same time, the plight of an innocent 2-year-old girl especially brought home the treachery.  Her parents had brought her to see Leo and me because she refused to eat and had stopped talking.  As a first step we helped her to start working with her spirit and then turned to her parents to ask what the circumstances were at home.  Both parents worked so, while the mother worked part-time in the morning, her brother-in-law stayed home with their daughter.  As we continued to find out more about the little girl’s withdrawal and self-destructive behavior, to the surprise of the young parents it became evident that their daughter’s change had coincided with the arrival of the brother-in-law in their household a few weeks earlier.  After the brother-in-law was removed from their home, the little girl started talking again and was eating normally.

However, several months later we received a visit from the family again, after they had been overseas visiting with relatives and the little girl was refusing to talk and eat again.  After reconnecting her with her spirit and while the parents assured Leo that they had watched closely over their daughter during their trip, I intuitively took the little girl into another room where we sat quietly looking at pictures in a National Geographic magazine.  The little girl was quite relaxed with me until I opened one page where there was a photo of an older man sitting on a porch in a rocking chair.  She started yelling and poked and hit at the picture, with tears welling up in her eyes.

I quickly took the little girl back into the room where her parents were.  When I showed them the picture that made the little girl so angry, her mother said that it looked just like one of their relatives that they had been visiting.  As the parents searched their memory about the man’s interaction with their daughter, they remembered one afternoon when she had been napping and the man had been upstairs alone with her.  Once again, the poor little darling had suffered another abuse event while among the very people she should have been able to trust most. 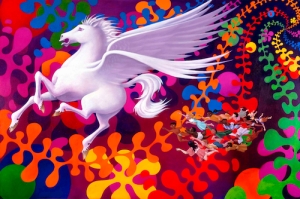 Not only do children suffer physically, mentally and emotionally from abuse, they suffer spiritually at the highest level of their being.  Abuse cuts children off from the inherent protection afforded by their spirit.

Most often when a child encounters abuse, the spirit they have always known will exit their body and will not return, because a negatively oriented spirit will take over.  Without the relationship with their spirit that they have always known, a child feels cut off from their essential self that would otherwise help them to navigate through their life.  Some children are stronger and adapt more readily than others, but too many are left without their basic defense mechanism.  Giving a child back their original spirit or a positively oriented spirit has such amazing results!  They’re able to once again find balance within themselves, but still need help to end the abuse at the physical level.

Child abuse is rampant throughout the world, one of the main reasons why I refer to it as a negative planet.  Protecting children at all levels is essential to give them the safety and security that allows them to focus on the positive aspects of their lives.  Unfortunately, parents often find it hard to prevent their child from being vulnerable to abuse, especially if they’ve been the victims of abuse in their own childhood.

In an ideal world, no child would ever be abused but, in our reality, a child should at the very least never be left in vulnerable circumstances physically or spiritually.

Find out how to get started by visiting my website at OnlyPositiveKnowledge.com !

Related posts:
I Forgive Myself!
We Are All Spiritual Beings